The emblematic piano works by the magnificent Greek composer Manos Hadjidakis, which were presented with great success by the Alternative Stage of the Greek National Opera under Giorgos Hadjidakis art direction, will be presented in the Roman Agora of the Archaeological Site of Delphi within the framework of the Delphi Festival 2018.

For only two evenings, June 15-16, 2018, the piano works to be presented are: For a Small White Clam, Six Folk Paintings, Wilderness, Ionian Suite, The Cursed Serpent. In addition, the program, especially for the Delphi Festival 2018, includes the work Kapetan Michalis based on the homonym novel by Nikos Kazantzakis.

The works will be interpreted by the distinguished pianists of the new generation Stefanos Thomopoulos and Thodoris Tzovanakis, accompanied by the baritone Dionysios Sourbis.

In his piano works, Manos Hadjidakis expresses a personal musical idiom conversing with the classical form by making reference both to classical composers and to Greek folk and the so called rebetika music. Direction by Konstantinos Hatzis and musical composition by the world famous composer and musical director of the Greek National Opera Giorgos Koumendakis.

The work is a combination of Agamemnon by Aeschylus and Iphigenia at Aulis by Euripides. It is a chamber music work for three voices (two actors and a musician) about Agamemnon: the cause of the war, his daughter’s sacrifice, his return to Argos and his assassination by his wife Clytemnestra. The a cappella vocal group 8tetto, a form that brings out the musical dynamics of eight voices without instrumental accompaniment, present their new musical performance “Modern Greek Composers”. 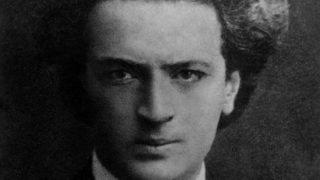 Talented composers of the new generation have been assigned by the Delphi Festival to write music for the poetry of Angelos Sikelianos.

The name of Angelos Sikelianos, one of the leading figures of the 20th century Greek poetry, together with his American wife Eva Palmer has been connected with the revival of the “Delphic Idea” and the organization of the Delphic Festivals in 1927 and 1930, which rendered Delphi the centre of world interest again.

Composers of different musical temperament, each one of them having his own career in Greek music, Haris Gatzoflias, Christos Theodorou, Kalogeraki brothers and Fenia Christou, join their talents by writing music for poems by Sikelianos, a poet that harmonizes Dionysian sensuality with Apollonian light.

The outcome of this assignment is twelve new songs which will be played for the first time in the yard of Sikelianos’ House in Delphi, i.e. the space that provided the basis for the Delphic Festivals.

The program is also enriched with other songs written by the above mentioned composers (mainly music written for poems by contemporary with Sikelianos poets) and will end with songs by premier Greek composers e.g. Hatzidakis, Theodorakis, Xarchakos, etc.

Works performed for the first time: The Vampire / The Ghost

Haunted by Dimitris Maramis is based on the famous tall story/parable The Dead Brother’s Song, the superb folk song of intensely dramatic and metaphysical character that deals with the popular folklore about vampires. This song, also found in different variations all over the Balkan countries as well as in several countries of central Europe, connects man to his primitive fears and folklore and serves as a bridge between modern and bygone era. The second song The Ghost of Charmaina, with lyrics by Sotiris Trivizas, utilizes a legend of the Amfissa region. It is about an unrequited love that leads to suicide and refers to the folklore about “ghosts” i.e. the spirit of the dead who cannot find rest. Both songs are interconnected with common expressive ways and themes and provide us with a picture of a pre-industrial society, a society definitely poorer in material things but richer in poetry and magic.

The work has been assigned by Athens Concert Hall, and will be performed in its complete staged form in Alexandra Trianti Hall, in 2019.

Participation of a musical ensemble. Areti Ketime and Yiannis Niarchos collaborate on songs, in a musical performance dedicated to the “pioneers” whose works defined the 20th century music in Greece, the Balkans, and Eastern Mediterranean countries. A concert of traditional music of Greece and the Balkans performed by distinguished virtuosos.

Under the auspices of the Krokyleio Club “Makriyannis”

Yannis Makriyiannis was born in Avoriti of Doris in 1797. He was only one year old when his father, Dimitris Triantafyllou, was murdered by the Turks. Yannis was later given the name Makriyiannis (literally meaning “long John”) because of his height. His mother Vassiliki, a poor countrywoman gave birth to him on her way back home from the fields. She was forced to leave and go to Livadia. At the age of seven, Yiannis worked as a servant and was later sent to Arta where he got involved in commerce. Thanks to his diligence, he managed to acquire considerable wealth. He was initiated in Filiki Eteria (Society of Friends). While the fight between the Greeks and the Turks was still taking place, a civil war broke out with harmful consequences for revolutionary Greece.

He was one of the leaders of the 3 September 1843 Revolution making demand for the granting of a constitution by King Otto. He was accused of conspiracy against the king and was condemned to death. His penalty changed into ten years imprisonment and, finally, he spent only two years in prison. However, prison hardships were more than enough to harm his already fragile health. He isolated himself in his house near Acropolis where he died in 1864.

He started writing his Memoirs, a monumental speech and history work, in 1829.

“…Literacy, education is of utmost importance, so that they cannot mock you. If only a day came in this land that the people would be educated and could not be mocked”.

Through his personal story, a big part of the history of Greece is unfolded.